Magic for Liars by Sarah Gailey 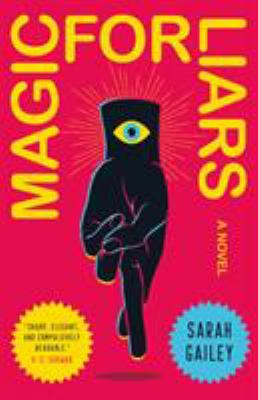 I lost track of how many “most anticipated” and “best books of the year” lists that I saw that included Magic for Liars. Lots of great blurbs too (my favorite: “The Magicians meets Tana French”). Who could resist reading such a  book? (spoiler: not me!) Not surprisingly, I really enjoyed it.  Booklist has a nice summary and gave it a starred review, writing “[p]rivate investigator Ivy Gamble does her work in the seedy underbelly of Oakland, California, alone and growing bored with adulterers and disability claims until the headmaster of the Osthorne Academy for Young Mages approaches her. A teacher at this magical school has died gruesomely, and the headmaster wants to know if it was murder. Ivy’s twin sister works at the school, though they’re estranged; Tabitha discovered her magic in high school, but Ivy doesn’t have that power. Despite her reservations, Ivy plunges forward into the world that never wanted her. Gailey takes command of this story, from the arresting prologue to the final reveal. Ivy’s relentless drive to solve the crime coupled with the unique setting will propel the reader through the narrative, but the many layers of theme and character set this novel apart. There’s something for almost all readers here: family drama, romance, high-school gossip, fantasy-world building. Above all, Gailey shows us that humans are humans, even when they are magic, and they are still flawed, damaged, and oh so interesting.”