Great action series you may have missed 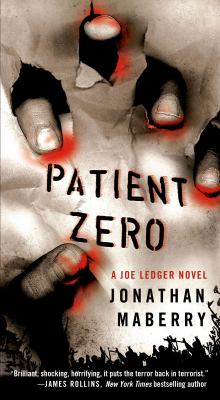 Those of you who like fast paced, high octane thrillers with aspects of horror and science fiction (think James Rollins’ Sigma Force novels or Christopher Farnsworth’s Nathaniel Cade novels) should DEFINITELY try out the Joe Ledger novels by Jonathan Maberry. First in the series is Patient Zero: “When you have to kill the same terrorist twice in one week there’s either something wrong with your world or something wrong with your skills … and there’s nothing wrong with Joe Ledger’s skills. And that’s both a good, and a bad thing. It’s good because he’s a Baltimore detective that has just been secretly recruited by the government to lead a new taskforce created to deal with the problems that Homeland Security can’t handle. This rapid response group is called the Department of Military Sciences or the DMS for short. It’s bad because his first mission is to help stop a group of terrorists from releasing a dreadful bio-weapon that can turn ordinary people into zombies. The fate of the world hangs in the balance …” Despite the intense action, the book is both fun and funny, and Joe Ledger is a great character that you will love to root for. Highly recommended!

Past Tense by Lee Child 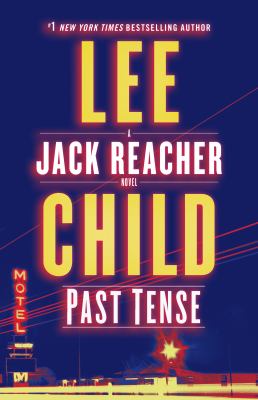 I always await the arrival of a new Lee Child book with a mixture of anticipation and trepidation. I have enjoyed each one but there’s always a fear  in the back of my mind that at some point the quality is going to slip. I’m happy to report that it is not with this book! Booklist agrees:  “*Starred Review* En route to San Diego from Maine, Jack Reacher finds himself looking at a road sign saying Laconia, New Hampshire. Reacher recognizes the name; it’s the place where his father was born. He decides to take a quick detour and have a look at the place. Meanwhile, not far away, a Canadian couple’s car is acting up. They manage to drive it to an out-of-the-way motel before it breaks down. As Reacher tries to track down some proof that his father once lived in Laconia (official records show no trace of anyone named Reacher), the Canadians begin to suspect that the motel’s owner isn’t being entirely truthful with them, and that, despite his repeated promises, helping them get their car fixed is the last thing he wants to do. Child expertly juggles a pair of seemingly unrelated story lines, keeping them moving simultaneously, until, inevitably, the lines merge and violence ensues. The twenty-third Reacher novel springs some interesting surprises about Jack’s family and contains one of Reacher’s most cold-blooded acts of violence. As always, the prose is lean and efficient, the action scenes are well designed, and Reacher is as formidable an opponent as one could imagine (just this side of a Transformer). Another first-class entry in a series that continues to set the gold standard for aspiring thriller authors.” And for those of you that are already eagerly awaiting mr. Child’s next book, check out our “If you Like Lee Child” booklist. I suspect you’ll find something to enjoy there! 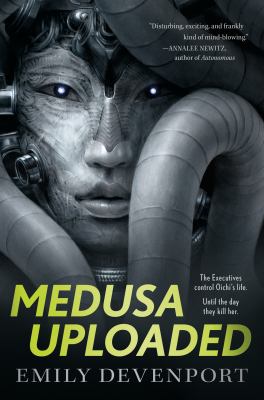 I usually don’t enjoy books where I don’t care about or find likable any of the main characters (e.g.,  Gone Girl). Which is why I was a bit reluctant to start a book which begins with “I usually don’t have much time for reflection, but lately I seem to have nothing but time, and I find myself wondering what sort of killer am I? Technically I qualify as a serial killer, because I have been killing for many years. I probably also qualify as a mass murderer, because once I killed twenty-six people within a five-hour period.” But as the book progresses, the reader learns things are not what they seem and you may (or may not!) come to have quite a different impression of Oichi Angelis. Kirkus Reviews gave the book a very good review, writing “[Medusa Uploaded is] a tense sci-fi thriller about a woman determined to remake her society—at any cost. Oichi Angelis is supposed to be insignificant. She’s part of the working class on the generation ship Olympia, bionically modified to see and hear only what the Executives want her to, and expected to work for subsistence-level food and no other reward. But Oichi has her own agenda. She’s not out to avenge her parents, killed when a powerful Executive blew up Olympia’s sister ship, Titania. She’s trying to continue their work, to pass on the vast database of classical and folk music her father compiled and spread the secret encoded within that database—modifications that make it possible to bond with the incredibly powerful Medusa AIs, modifications that will upend the Olympia’s rigidly hierarchical social structure. On a generation ship halfway to its destination, Oichi is starting a revolution, and she’ll kill whomever gets in the way. Oichi is a fascinating character, cold and implacable in pursuing her goals but capable of deep emotion. The worlds she inhabits, both physical and virtual, are richly detailed and gorgeously imagined… Sci-fi fans will love exploring the world of Oichi’s spaceship home and living inside the head of a not-quite-coldblooded killer.” I’m glad I didn’t go with my initial instincts – I would have missed out on an excellent book!