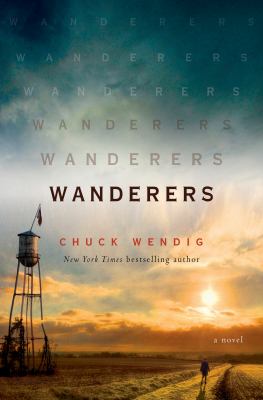 Every so often I like to read a good post-apocalyptic novel – among other things, it makes me appreciate all the more the life I have now. This book, though – whew! It hits a little too close to the here and now for my comfort, but I put it right up there with King’s The Stand in my post-apocalypse Hall of Fame. Publisher’s Weekly wrote “Wendig pulls no punches in this blockbuster apocalyptic novel, which confronts some of the darkest and most divisive aspects of present-day America with urgency, humanity, and hope. The day after a comet blazes over the west coast of North America, Benji Ray, a disgraced former CDC epidemiologist, is summoned to meet Black Swan, a superintelligent computer designed to predict and prevent disasters, which has determined that Benji must treat an upcoming pandemic. That same morning, Shana wakes up to find her little sister, Nessie, sleepwalking down the driveway and off toward an unknown goal, one of a growing number of similar travelers who are unable to stop or to wake. Shana in turn becomes one of many shepherds, protecting the travelers from a crumbling American society that’s ravaged by fear, dogma, disease, and the effects of climate change, while Benji grapples with his daunting assignment and questions about Black Swan’s nature and agenda. Wendig challenges readers with twists and revelations that probe issues of faith and free will while crafting a fast-paced narrative with deeply real characters. His politics are unabashed-characters include a populist president brought to power by neo-Nazis, as well as murderous religious zealots-but not simplistic, and he tackles many moral questions while eschewing easy answers. This career-defining epic deserves its inevitable comparisons to Stephen King’s The Stand, easily rising above the many recent novels of pandemic and societal collapse.”