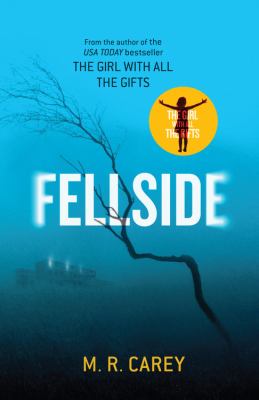 I’ve just got to read a ghost story during October.  Some people decorate their houses to reflect the seasons, I change up the pile of books that sit by my bed.  As I’m also working my way through the 2016 Reading Challenge, I grabbed a ghostly book for category #15, ‘Read a book with a one word title…’ M.R. Carey’s latest book, Fellside, fit the bill perfectly.  Carey has a knack for supernatural fiction with endings that surprise you and Fellside didn’t disappoint.

Fellside is a women’s maximum security prison where Jess Moulson has just been sent.  Its a dangerous place where even the walls whisper, and Jess alone can hear them.  Just learning to survive prison life is hard enough but when Jess is visited by the ghost of a little boy her life takes on a whole new dimension of difficult.  Will Jess make it out of Fellside or stay with the boy forever?  You’ll have to read it to find out, but when you do make sure to check off a couple of categories from your Reading Challenge list.  Just this one book could work for #16 (A book with the name of a place in the title), #34 (A book with an antihero), #29 ( a book by an author who uses initials in their name, and #16 ( a book published in 2016).  You’d be well on your way to winning our grand prize of an iPad mini, though good fiction like this is a prize of itself.  Come and take a walk on the supernatural side with M.R. Carey this October.

Time Travel Books! Or, How To Recover From Outlander Malaise.

Are you missing new episodes of Outlander as much as we are?  Already (re)read all the books and novellas and Lord John books and excerpts from Go Tell the Bees That I Am Gone?  And maybe listened to all of the audio books too?  It can’t just be me, so here are a few books I’ve been reading this summer to get me through the wait!

The Rose Garden by Susanna Kearsley
After the death of her sister, Eva returns to the old house she summered in as a child on the Cornish coast.  But when a long ramble through the woods along the coastal cliffs leads her not to the modern rose gardens of Trelowarth, but to a very different Trelowarth in 1715 and the dashing Jacobite smuggler Daniel Butler, Eva must chose between the safety of the present and danger and love in the past.

Passenger by Alexandra Bracken
Violin prodigy Etta Spencer is in the middle of a performance when she hears the air screaming.  At first she thinks it’s feedback, but no one else seems to be able to hear it.  Humiliated, Etta leaves the stage – and stumbles across the body of her beloved teacher, Alice.  When one of her fellow performers appears and shoves her through a madly vibrating hole in the world, Etta wakes up on a ship on the Atlantic off the coast of America… in 1776.

Into the Dim by Janet Taylor
When her mother is killed in an earthquake in India, Hope’s father sends her to her mysterious aunt’s ancestral home in Scotland.  There, Hope learns that her mother may not be dead – she is part of a secret society of time travelers and has been trapped in 12th century London.  With the help of two other travelers, Hope must go back in time to 1154, find her mother, and hunt down a long-lost artifact a rogue group of travelers is desperate to get its hands on – in only three days.

Eleanor of Aquitaine for the win!  Also, Scotland.  Read this book!

The Girl from Everywhere by Heidi Heilig
Nix has spent her life sailing beside her father, Slate, searching for a way to return to Hawaii to save her lost mother.  The trick?  Nix and her father are time travelers, and once they have been to a particular place and time, they cannot return to that exact location.  And, to make things even trickier, they must have an original, complete map to the location that was inked in the year to which they are traveling.  When a map of 1868 Honolulu comes up for auction at Christie’s in New York in 1981, Slate knows this must be the one – the map that will bring him back to his wife before she died.  And before Nix was born.

The other cool thing about the time travel in this book?  Nix and her father can travel anywhere with a map – even if those places aren’t real.  I love all the bits and pieces of fairy tales and fantastic places floating around in Nix’s world – including some of the characters!

All Souls Trilogy by Deborah Harkness
Okay, so Matthew is a centuries-old vampire and Diana is a modern witch, but… so much incredible history!  And (minor spoiler alert) time travel!  And romance on such an epic scale.  Also, every librarian’s favorite thing – the Bodleian Library at Oxford.  Because the only thing we love more than books is when those books are housed in a super cool historical space.  With ladders.  If you haven’t already discovered this trilogy, there are three deliciously giant books that might just help get you through.

Good luck!  And be sure to let us know if you discover any other titles to get you through #droughtlander… Je suis prest. 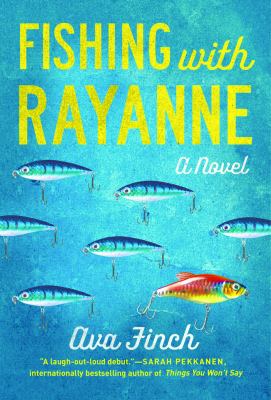 is a Minnesota author to watch.  With numerous successful books under her belt, Stonich has branched out to write under a new name, Ava Finch.  Whatever name she’s writing under she sticks to her true medium, humorous chick lit.  Her first book under the pen name Ava Finch, Fishing With RayAnne is no exception.  An excellent summer read, Fishing With RayAnne hits just the right notes of insightful, funny, and entertaining.  The Friends of the Library book club will be meeting for a discussion of this book on August 9th at 5:30 pm in the Foot Room.  Check out the synopsis below, pick up a copy of the book, and join us for book club!

RayAnne Dahl goes fishing for a different life, catching much more than she’d bargained for….

Having fled the testosterone-soaked world of pro fishing to finally settle in her Minneapolis fixer-upper, thirty-something RayAnne unexpectedly lands at the helm of the first all-women fishing and talk show. Between her dad’s falling off the wagon, unwanted advice from Mom–a life coach to the menopausal rich–and her clingy dog, she needs the advice of her beloved grandmother more than ever.

With the show’s surprise success, producers press for celebrity appearances, but fans tweet support for RayAnne and her quirky guests, real women with unique stories and something to say. And though handsome Hal tempts RayAnne, he is a sponsor, rocketing him to the top of her don’ts list.

Just when she’s shedding uncertainty, RayAnne’s world nearly capsizes, and she’s faced with gut-wrenching choices. Will she live by the rules, or by her heart?

Can’t make it for the August meeting?  Here’s what the FOL book club will be reading next!

Tuesday,September 13th- To be determined

Tuesday, November 8th-Sidney Chambers and the Shadow of Death by James Runcie