The Perfect Girl by Gilly MacMillan 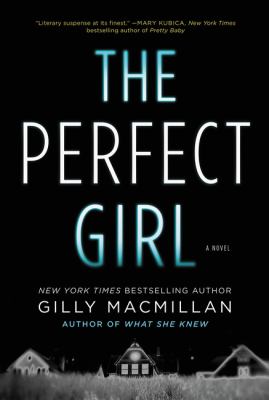 This enthusiastic book recommendation comes by way of my wife who a) reads a lot; b) is way smarter than I am; and c) hasn’t liked one of the books I bring home for her as much as this one in quite a while. Since I haven’t read it, I’m going to include the Booklist Review (and they really liked it!) Booklist Review: “*Starred Review* Musical prodigy Zoe Maisey’s attempts to build a new life come crashing down at her concert, and the next morning her mum, Maria, is dead. Three years earlier, 14-year-old Zoe drove away from a party, not knowing her Coke had been spiked, and had an accident that killed her three teenage passengers, leading to her conviction. Her parents’ marriage fell apart, and Maria and Zoe moved from Devon to Bristol, where Maria met and married widowed Chris Kennedy, and she and Zoe started their second-chance life. But the concert incident reveals Zoe’s past, which Maria had kept secret from Chris as they raised Zoe; Chris’ son, Lucas; and their baby daughter, Grace. After Maria’s death, Zoe reaches out to Sam Locke, the lawyer who defended her after the accident, a tricky call because of Sam’s current medical issues; his affair with Maria’s older sister, Tessa; and Zoe’s innocence in Maria’s death. Macmillan (What She Knew, 2016) uses multiple characters’ voices to tell the stories of Lucas, a skilled pianist and aspiring filmmaker, and Zoe, whose life lessons serve her well in distinguishing between truth and justice. Masterfully drawn characters and intricate plotting make this a stunning piece of crime fiction.”